“I am really proud of each and everyone of our team players. Each of you played well for the entire season and today (Sunday 10th May 2015) the team ended on a high note scoring a brilliant goal and winning the Championship! Well done all of you!” said Barry O’Leary, Muscle Warriors PFC Team Manager. 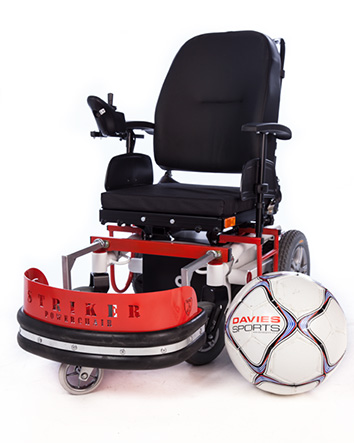 The 2014/15 WFA Championship saw 12 teams competing to win the division and claim promotion to the Premiership. Muscle Warriors PFC are now promoted into the WFA Premiership Division.
The key Muscle Warrior PFC players in the 2014/2015 season were:

Click HERE to learn more about Muscle Warriors PFC and also watch a brilliant video that will introduce you to the sport of powerchair football.

Contact us if you would like to come along to one of our 2015/2016 training sessions, have a go or simply learn a little more about our Muscle Warrior spirit from those already actively participating – it’s a fantastic sport, a lot of fun and everyone is most welcome!