I was approached by Michael before he departed to the South Pole explaining that he had Muscular Dystrophy and asking me if he could take a Bullworker with him. Muscles are the engine that your body uses to turn energy into motion – in Michael’s case, having lost some 65% of his muscle bulk because of his condition, I immediately wanted to help him and also provide some form of direct financial support to The Muscular Help Foundation by contributing a percentage from each Bullworker that is sold.

Bullworker builds muscle, so what better platform to support those whose muscles are wasting away. His commitment and enthusiasm impressed me from the outset. The 656 muscles that we each have do everything from allowing us to walk, to keeping our blood flowing, to smiling – in Michael’s case, his muscles don’t work properly which makes his achievement of reaching both North and South Poles all the more staggering. 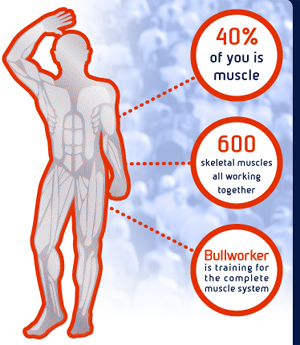 It’s interesting to note, that it was through intensive research involving thousands of experiments by the Max Planck Institute in the late 1950’s that the principles of isometric / isotonic exercises were established as the fastest and easiest way to build and maintain healthy muscles, and the Bullworker was designed and developed to optimise them.

Bullworker Europe are delighted to be able to support such a worthwhile cause and help Michael and The Muscular Help Foundation generate further awareness and raise the vital funds needed to further lifesaving research into those with muscle disorders such as Muscular Dystrophy.