#fitforafiver donations raised on the day totalled £203.95 – the day after the #fitforafiver session, the charity was delighted to hear that the Directors of Xercise4less decided to match this amount making the total raised of £407.90 attributed to Xercise4less Southend. Over the next month or so, the company is planning a series of #fitforafiver days across their estate in support of the charity; more information will be available on this exciting initiative soon.

#fitforafiver is designed to encourage people across the nation to ‘lose a few pounds and simply get #fitforafiver. Once participants have located a fitness centre near to them that’s taking part in the initiative, they can then donate £5 online via the charity’s dedicated #fitforafiver campaign page and attend the session, knowing that they are getting fit and giving back at the same time! 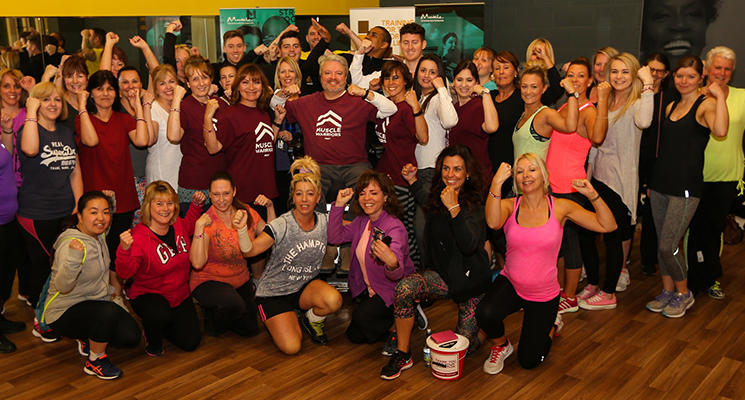 Pictured above: some of the zumba participants with Lorraine Kelly, our CEO Michael McGrath and the amazing Maxine Jones giving one of the charity’s distinctive Muscle Warrior salutes. With some 40 clubs across the UK and well over 250,000 active members, Xercise4less have partnered with The Muscle Help Foundation on this campaign.

Pictured below: some of the staff including Club Manager, Natasha Spurr (far left) together with Lorraine Kelly at the 38,000sq ft. Xercise4less Southend branch, the cheapest gym in the area, hosting over 400 pieces of equipment including a fantastic aerobics studio that hosted the charity’s #fitforafiver zumba session. 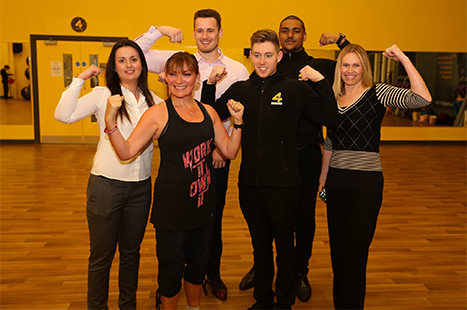 For more information about Xercise4less: 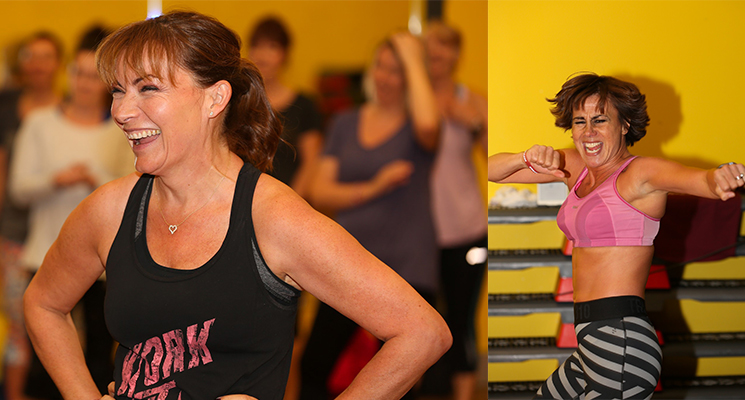 The charity has one singular aim to deliver 657 Muscle Dreams, that’s one life-changing experience for each muscle in the human body. To date, 208 have been fulfilled for some incredibly deserving young people; that’s the #powerof657. 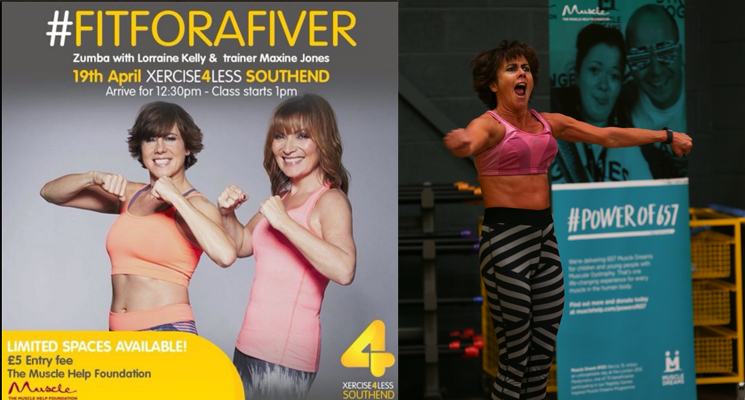 You can view all the photos taken at this special event in a separate album on the charity’s dedicated Flickr Channel HERE that’s recently passed 500,000 views!

Special thanks to MHF’s Volunteer Photographer, William Ferguson, for turning around several of the best photos which were featured the following morning on ITV’s Lorraine TV show as well as the charity’s new Instagram channel which you can follow HERE. If you love Will’s photos, why not connect with him via his Instagram account @iwillfoto. Should you wish to use any of the photos in this album, please credit Will as per below – thank you.

© 2016 William Ferguson Photography on behalf of The Muscle Help Foundation.