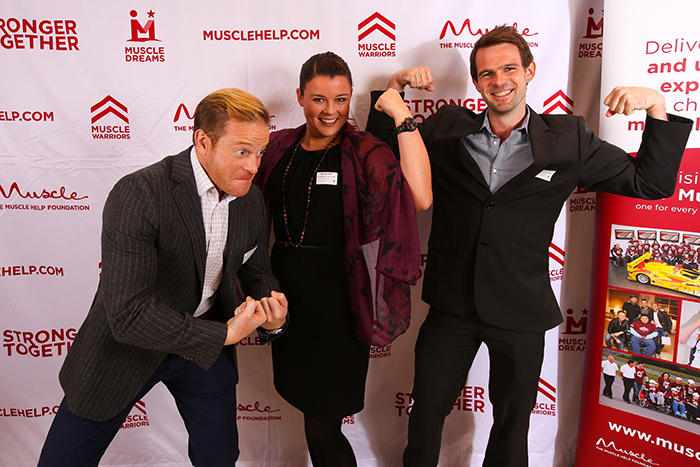 The winning photograph that best captured the atmosphere of the evening shows staff from full service events agency The Live Group giving their best ‘Muscle Warrior’ salute, a visible symbol of hope, courage, strength and unity for those with muscular dystrophy.

A large number of agencies, professional event organisers and technology businesses attended the event on the night, buying raffle tickets and bidding for the 6 special auction lot items that collectively raised just over £2,500.00 for Muscle Dreams.

In addition, many of the clic+ attendees also kindly donated £6.57 during their clic+ registration.

A film recorded earlier by MHF’s Patron Lorraine Kelly who spoke about the #powerof657 opened the evening which also saw the launch of the charities ‘Little Book of BIG Dreams’ (pictured below) outlining MHF’s goal to deliver 657 Muscle Dreams representing one for every muscle in the human body. 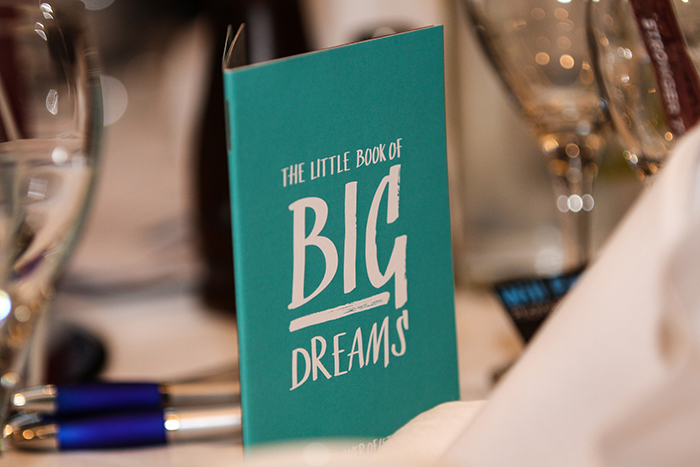 Thanks to the talents of one of MHF’s Volunteer Photographers, Will Ferguson, you can see the fun and inspiring time that everyone had by clicking here when you will be taken to the charity’s dedicated clic+ Flickr album for this event.

A number of VIP guests attended including the Morrell family from Hemel Hempstead (Hertfordshire). A heartfelt talk by father Phil Morrell about his son Jack, a past Muscle Dream beneficiary and an active member of the Muscle Warriors Powerchair Football Team who has Duchenne Muscular Dystrophy (DMD) touched everyone present.

Phil spoke movingly about how his family, his son and two daughters and their lives before muscular dystrophy arrived. He spoke about Jack’s love of sport and particularly football and all things Chelsea. He talked about how his family cope with the business of day-to-day living, some of Jack’s challenges as well as some of the families past Muscle Dream experiences urging everyone present to dig deep in supporting the charity.

Then there was the talented Debbie Roberts from Engage Visually who used her creative flair to capture several graphic representations of both the Charity Dinner and the clic+ 2015 Conference day. The picture below illustrates one piece of work reflecting her interpretation from specifically the #powerof657 Charity Dinner. 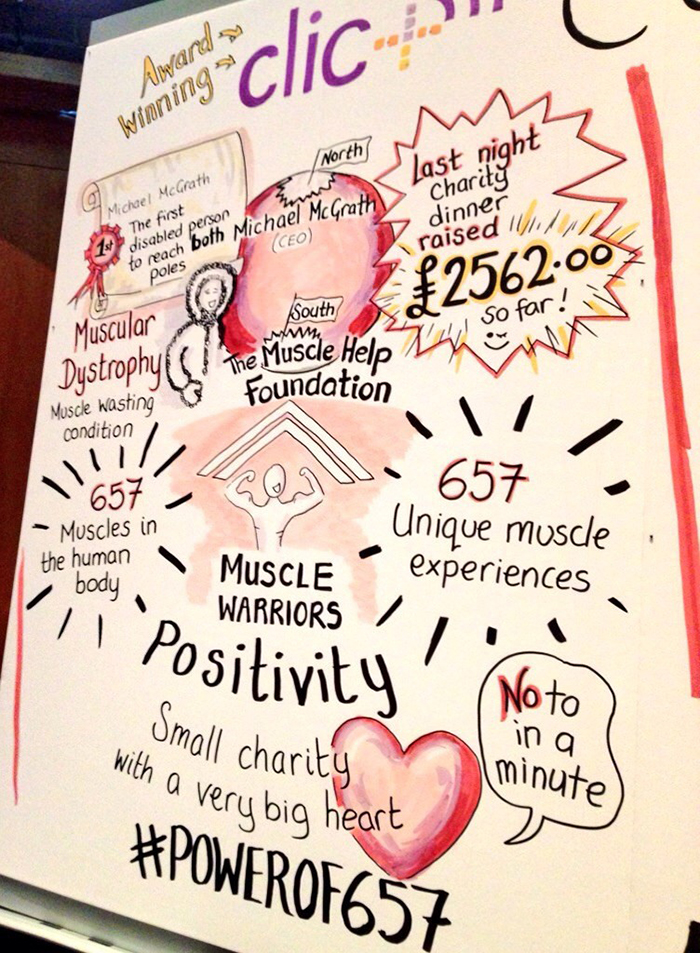 For information about Robinson College, Cambridge

For information about the new Crausaz Wordsworth Building

For information about Will Ferguson Photography